Hi-Fi Choice check out the effect of our Internal SuperFuses in their November 2020 issue.

Anyone who has fitted one of our SuperFuses to their mains cable will already know the difference such a small change can make. Fitting an internal SuperFuse in place of the standard version supplied inside many Hi-Fi components can make just as much of a difference, and sometimes even more.
There’s good reason for this, as Hi-Fi Choice point out in their review of our internal SuperFuse in the October edition of the magazine. “What is there in a fuse to make it worthy of consideration as an upgrade for an audio system?” they ask.

The basic problem is that the fuse often lies at a critical point in relation to the component’s power supply. For it to function as a protection device at all, the fuse “has to be in series with the circuit while not adversely affecting the quality of the power supply”. It’s that second part of the equation that is the problem, because a standard fuse is very capable of having an ‘adverse affect’.
Everything about the SuperFuse - the quality of the copper, the nickel-plated end caps, the DeoxIT treatment and, most significantly, the Super Burn-in treatment - is designed to lower impedance. The result is clear to hear, as the reviewer found when replacing the two fuses in the power supply of his valve preamp. There were “subtle audio improvements” he writes, “in particular, the sound is more open with greater detail and clarity”. All that for £25.
And speaking of the price, he notes that “some may argue that the price is a lot to spend on a fuse” and notes that “the cost is actually lower than many other audiophile fuses and does result in tangible sonic benefits”. What’s not to like about that? 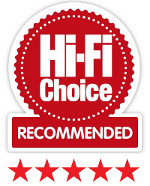 reviewed by Christer kihlstrom09 Oct 2020
"Cyrus Psx-R"
Hey guys. Soul what an interesting article. Could I buy a super fuse for my first generation Cyrus psx-r please
Best regards Christer
Customer Service Reply Hi Christer
Yes, I'm sure we will make a suitable value SuperFuse for your Cyrus. We don't tend to keep a record of what value a particular piece of equipment has, because a manufacturer may change the specification over the life of the product. If you get in touch with us directly, we'll be able to help.