Recently posted on Paul Rigby’s website theaudiophileman.com (14th October 2020) is a review of our RF Router. If you're looking for a way to bring a "significant improvement" to your system for little money, you'll want to read about this one... 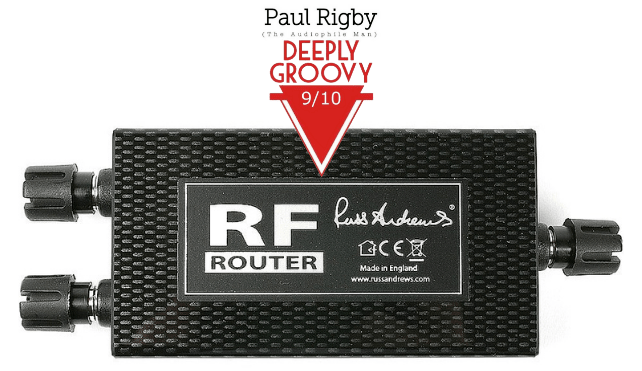 RF Router MKII model for use with ground spike

To be absolutely precise, this is actually a review of the two versions of the RF Router, but we’ll come back to that later.

First off, Paul sets the scene by pointing out that the type of noise the RF Router is there to tackle isn’t the audible sort of noise you’d get from the likes of a worn bearing on a turntable but, rather, “the sort of high-frequency stuff that you don’t know is actually there until it’s been removed. Upon which you suddenly realise that all of the lovely detail your hi-fi has been producing over the years had gone unnoticed.”

It’s a point worth noting, because this is the kind of noise that can all too often go unaddressed by the Hi-Fi enthusiast. Get a hum or a buzz coming from the speakers and you know you have a problem, but RF noise is more insidious, robbing your system of life and musicality without being the obvious cause. It’s so easy for the unsuspecting audiophile to think the solution is better (i.e. more expensive) components when in fact there’s something more fundamental going on that needs sorting. The RF Router is one such solution.

Setting up your grounding system - we're here to help

Paul rightly notes that, unlike most of our products, the RF Router is not as much of a simple ‘plug-and-play product; it does take a little effort but it’s an effort which is well worth the time and there is a comprehensive guide available. He adds that, as a company, we are very keen to offer support in areas like this and he encourages you to discuss your set-up with us to ensure you get the most out of the product:

"I have to add here, I love this willingness of Russ Andrews to actively communicate with the hi-fi public. These days, I tend to be surprised when I’m not talking to an Internet bot or a machine on the phone. There really is nothing like talking to a human being. Especially when potentially confusing hi-fi questions are the topic in hand."

Paul goes on to say that, although the RF Router may initially appear quite complicated to set-up “after a chat and some explanatory clarification, it will then appear straight forward and pretty simple indeed”.

Russ has produced a guide explaining how to effectively ground your system: click here to download our 'Optimising Your Grounding' guide 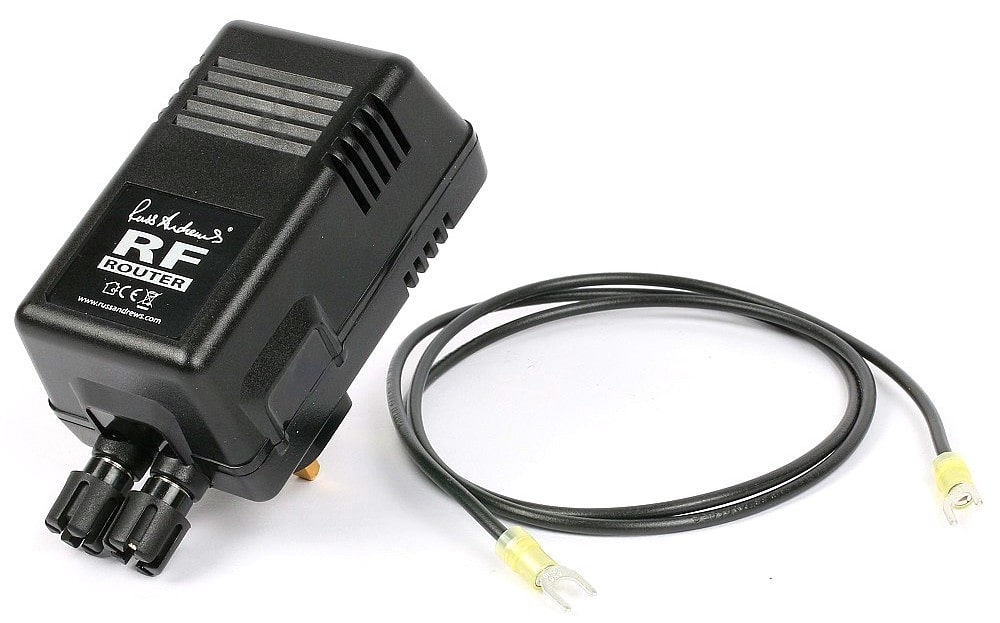 The system he uses to test the RF Router comprises a preamp and two monoblock power amps along with a CD player, turntable and two-box phono stage. I won’t go into all the detail of how the Router was set up in this system as I want to focus more on the effect he felt it had on the music. It’s well worth taking a look at the full review though, if you have time, as it does give a good insight into the way the RF Grounding system works in practice - click here to read the full review.

Rather than connect everything up straight away, Paul decided to start by connecting the Technical Ground Weave cables from the RF Router MKII to his monoblocks. This had the advantage of being simple as these monoblocks  come with a couple of grounding sockets fitted, so it’s an easy job of just plugging in a couple of banana plugs. 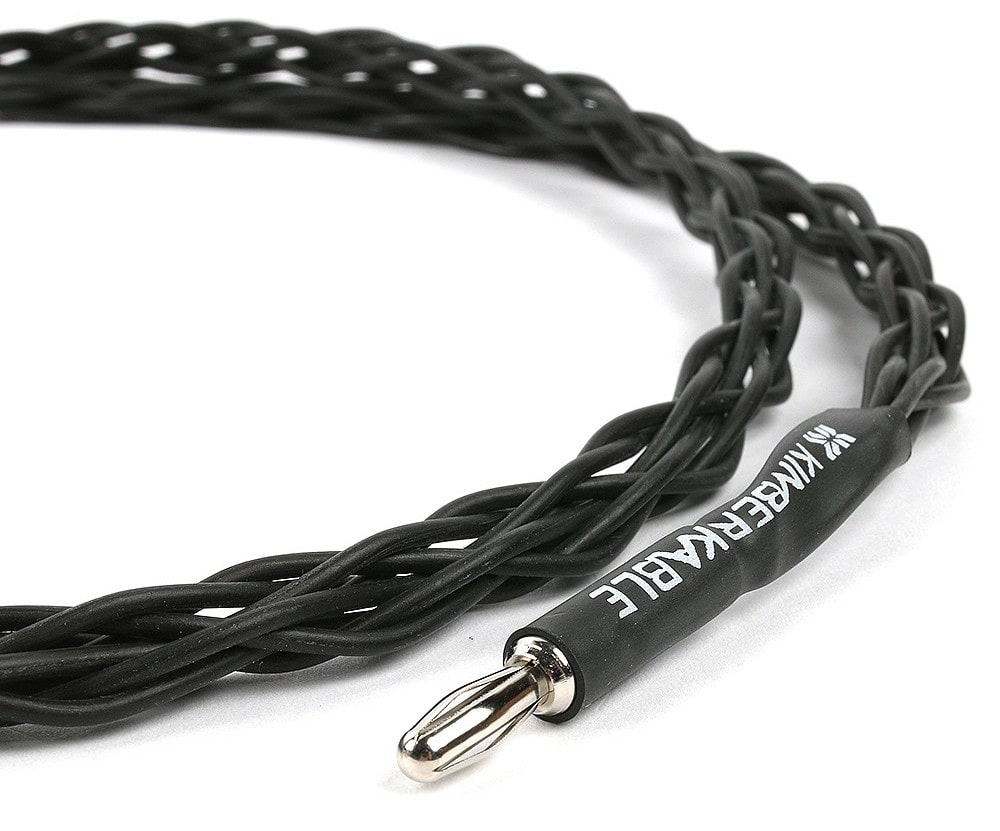 In addition, though, by starting on the power amps he’s testing the effect on each component rather than experiencing the whole from the off. This is a strategy we tend to encourage with all of our products as it allows you to understand what is benefitting your own system most, creating a deeper understanding of what’s going on.

In this first test, he used the plug-in version of the RF Router which uses the mains socket earth terminal as the path to ground.

Click here to buy the Plug In RF Router MKII

Playing Katie Melua’s Album No.8, which he thoroughly recommends, he listened to hear if the amps were affected.

“Oh and they were. They certainly were. The effect was greatest around the lower registers which, coming from the power monoblocks, makes sense. There was a distinct reduction in the noise floor but the lower frequencies saw the majority of the improvements here. That meant the drums and the bass guitar but also lower mids were affected in a positive sense too.

This also meant that the Melua vocal sounded firmer in its delivery. There was a foundational weight in her voice. Almost as if she was, well, more certain about her singing." 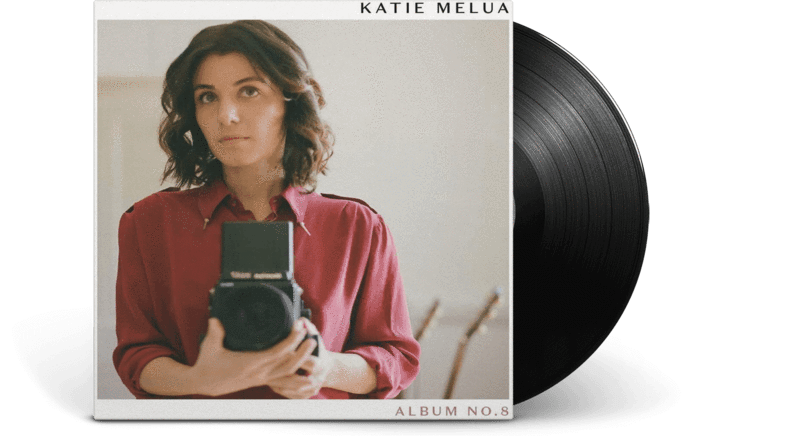 These are not necessarily the types of difference that many people would expect - especially from a product costing just £200. What Paul is suggesting here is that Melua’s voice has, in effect, got better and this illustrates precisely the point that RF noise really can rob your music of, well… it’s musicality.

“Interestingly and crucially”, he continues, “I could properly hear the tambourine for the first time. Strike that, I wasn’t even sure there was a tambourine on this track before I fitted the RF Router Mk.II into my system. That confusion was now cleared up.”

OK, so that’s the result with just the monoblocks hooked up to the RF Router MKII. Next up, he added the preamp and the control/preamp part of his phono stage and found that the upper mids and treble were benefitting from the treatment, to the extent that “you could really hear a sense of the double tracking occurring on the Melua vocals while the acoustic guitar and cymbal taps were defined now”.

Adding the phono stage power supply into the grounding chain brought even further improvements,  so that he now felt that “the entire system had come together”.

“There was a real sense of smooth maturity right across my hi-fi chain. The sheer sense of ease was palpable” he writes, and goes on to add; “To be honest, I’m pretty happy with my system ‘as is’. Well, ‘as was’. Once I hooked up the Russ Andrews RF Router Mk.II, I realised just how much noise was still floating around my system. The result? A major improvement.”

At this point, it’s worth reiterating that this is a £200 investment that’s making a level of improvement that you would expect more from a hardware upgrade. There are a lot of expensive grounding products on the market at present, some costing £1000s. Don’t be drawn into the idea that the RF Router MkII isn’t as effective just because it costs less; this review shows just how good it is. And it gets even better if you wait…

Paul left the Router in the system for 18 hours and found that after that time things improved even more, with a greater presence to the strings and far more space around the orchestra.

Adding an earth spike - what are the effects?

So far, the review has been for the plug in version of the RF Router MKII which uses a mains socket to ground RF so Paul then moved on to test the standard version connected to his existing outdoor earth spike.

The use of a ground spike with the RF Router MKII is always the preferred option because it gives a cleaner, more direct route to ground. Of course, that’s not always possible, especially if you live in an apartment that’s higher than ground level. And it may also be that you simply don’t want the work involved in burying a spike in the garden and if this is the case, the plug in version is a good alternative.

However, as Paul discovered, the advantages of a ground spike used in combination with the RF Router MKII are clear to hear. He writes; “I was surprised at the change actually, which did ramp up performance from the socket-connected Router. The latter was excellent as it was but now the copper pole-connected RF Router took sound quality up a level.”

There were clear improvements to be heard in terms of stereo imaging and a more three-dimensional soundstage. He describes it like this:

“The end product was a tremendously mature and rich soundstage. One that was quite breath-taking to behold. The purity of Melua’s voice was now wholly beguiling while the accompanying instruments flowed like a river around her. The detail from those instruments was also fascinating and completely enthralling while the noise floor? Well, I’d never heard it so low, I have to say.”

Moving on to CD, he now plumped for a change of pace with New Order’s album Republic played on his McIntosh MCD600. Before connecting the player up to the grounding system, he was intrigued to listen and hear whether there were any significant improvements just relying on the grounding of the rest of the system. Indeed there was: “This alone meant that the compression effects of this CD were reduced in their attack. The mids were far smoother, bass verged on the organic (shock and, indeed, horror) while the listening experience was strangely pleasant, especially as I noticed two to three new and previously shy instruments right at the back of the soundstage”.

Hooking up the CD player to the grounding system (not surprisingly) brought even greater benefits. Both the width and height of the soundstage increased “creating a heap more space” especially around instruments and more generally the mix became more layered and easier to follow. “A winner? Oh yes”, he concludes.

It’s worth noting that Paul already had a number of other grounding products fitted to his system and therefore it would be fair to expect even greater improvements if this were not the case. As he says, “if my system, which already features grounding gear, can be drastically improved by the Russ Andrews RF Router Mk.II then just imagine the improvements on a ‘virgin’ system, as it were.”

In summing up, having spent time with the RF Router MKII, Paul states that “the sonic improvements from this system were significant” and the results were not just subtle. As he notes, “the amount of new music that emerged from my mature hi-fi chain after adding the Russ Andrews Router was large indeed”.

Should you go for the option with an earth spike? If you can, then 'yes' as this will bring the very best performance. But Paul is also quick to point out that “the mains-connected choice provides startlingly good performance too and I’d be more than happy to only use that option.”

“Do I recommend the Russ Andrews RF Router Mk.II?”, he asks. “Put it this way. It is currently attached to my hi-fi. It’s going nowhere.” 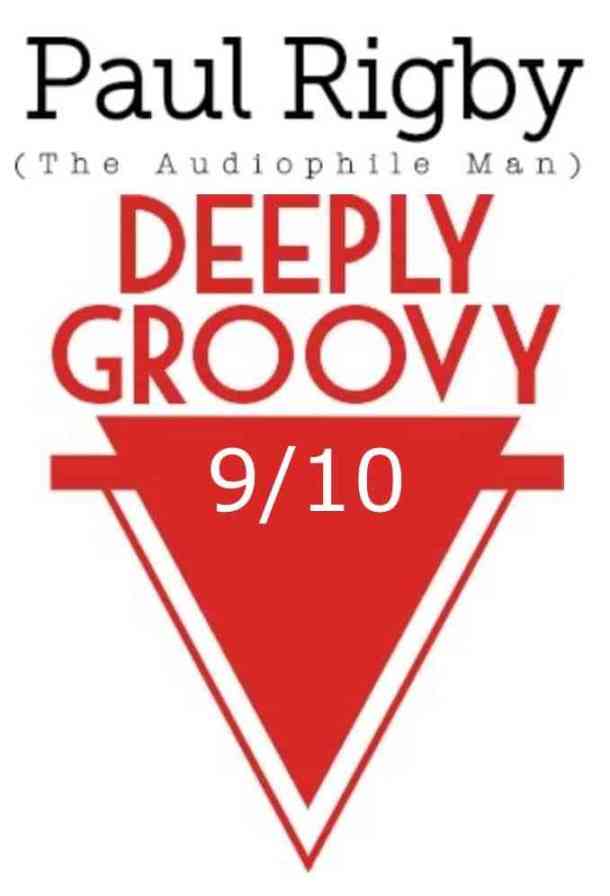 Click here to read about the Hi-Fi Choice review