We investigate the Russ Andrews CD players sold in the 1990s.
CDs are dead? Long Live the CD! So wrote Russ in our Connected to Music and Movies magazine in 2016. Russ has long been a fan of CD as a medium for storing and playing back recorded music… something that dates back to the early 1990s when he finally realised that he could get more musical enjoyment and better dynamics from CD than he could from LP. So what lead Russ to believe that CD could, after all, sound so good? It came from the most unlikely of sources: a Pioneer LaserDisc player. 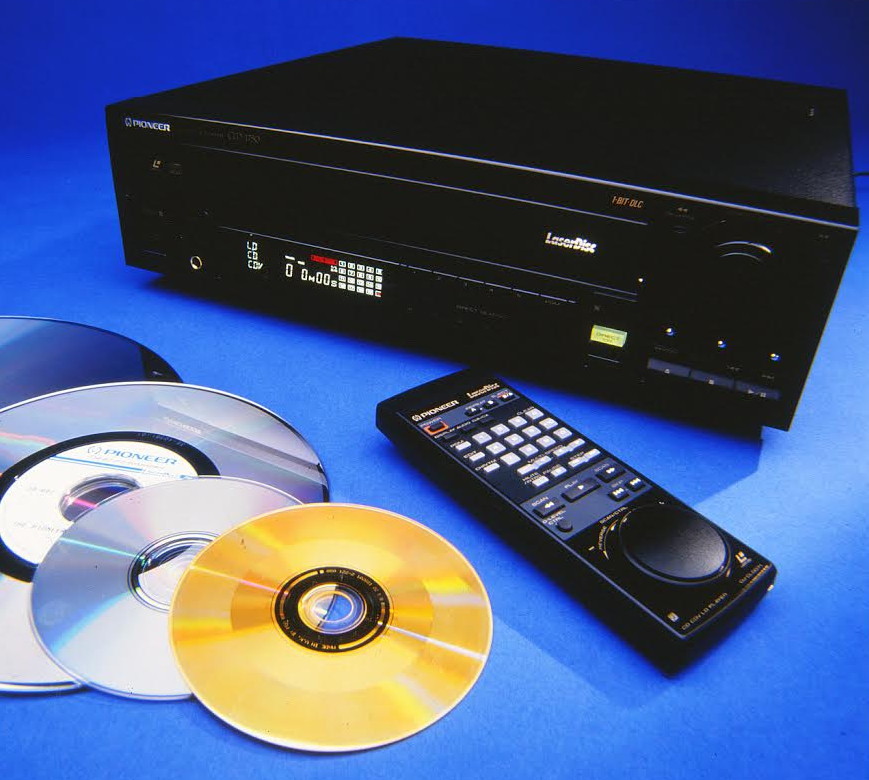 As well as playing the LaserDisc format, the LaserDisc players were also able to play conventional CD, and rather well at that: US magazine Stereophile were impressed enough to include a favourable review. The LaserDisc players were not primarily CD players of course, and that was their advantage; they were designed to play 12” video LaserDiscs, weighing twice as much as a vinyl LP rotating at 2000RPM. Playing comparatively-lightweight CDs at just 450RPM was hardly a demanding task. The theory was that this over-engineered transport (in terms of playing CD) meant that it could provide a degree of control and stability far beyond the capabilities of most CD-only players.

When Russ first listened to one, he remarked “It was immediately obvious that the theory was right. For the first time from CD I heard timing and rhythm information which was much closer to that which we had come to expect from vinyl. Three-dimensional and low level ambient information was actually there recorded on the little silver disc.”

Following a period of R&D, Russ launched his own CD player, based on these Pioneer LaserDisc players. These weren’t simply rebadged Pioneers, but benefitted from extensive upgrades to both the power supply and post DAC circuitry. Superior voltage regulation was introduced and the new analogue circuits and regulators resided on their own circuit board in the casework. Writing at the time, Russ felt that “the result was a one box player at moderate cost after all the upgrades which gave a performance from CD which rivalled vinyl LP performance, sounding musical and with real rhythm and timing”.

The players were launched in our 1993 catalogue and were initially available in two versions, based on the Pioneer CLD-1750 LaserDisc player: the £1,095 RATA Reference Upgrade with Russ Andrews PowerKord, Vishay resistors, Kimber copper TC wiring and glass epoxy PCB, and the £1,766 RATA Excel Upgrade with better Vishay resistors, Kimber silver AG wiring and a teflon PCB.

Russ continued with the development of the players: the £3,300 RATA Excel Plus had a custom-wound 500VA mains transformer housed in a separate box and connected by umbilical cables, and the £5,700 RATA Pro-CD with a larger transformer and additional electronics which necessitated the re-housing of the player into new, larger casework. This is the CD player that both Russ and his friend Chris used up until it was eventually replaced in 2009 by the £10,000 Meridian 808.2i CD player, and it’s testament to the performance of the Pioneer that until the Meridian player came along, no CD player tested could equal it, let alone sound better.

We will shortly have a limited quantity of refurbished Pioneer LaserDisc players , some with Russ Andrews upgrades, available for purchase. These are second-hand players, but they have been fully serviced and capable of giving good and - in the case of the upgraded versions - great performance.

Update: these have now been sold.