There are two new excellent reviews featured in the 'Soundbites' section of Hi-Fi World magazine this month (April 2016 edition). The first is for our SuperFuse and the second is for the AC-24 1000 Power Supply.
Super-SuperFuse 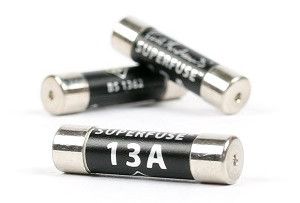 After a brief description of the SuperFuse - nickel end caps, silver wire, DeoxIT treatment, Super Burn-in - Paul Rigby gets straight down to the nitty-gritty of listening. The results were both significant and a surprise to him:
"Sound tests produced a notably reduced noise floor over the entire soundstage producing more articulate and recognisable pianos, clear and lucid vocals, reduced bloom on some compressed recordings within the upper mids and a punchier but more complex rock-derived bass."

Click here to buy now
Pretty impressive for a fuse hey? But he goes on:

"added to that, whilst listening to jazz the upright bass offered new and subtle manipulations. The delicate twists and turns were now easier to follow".

This is an interesting observation because bass can so easily be lost in the mix as just 'bass' rather than the character of the specific instrument creating those bass notes. Not here though...
So, is £25 a lot to pay for a fuse? Well, we're biased of course, but we'd say the R&D, work (we even hand-polish the end caps) and materials that have gone into these is what makes them perform so well. But, ultimately, it's the results that count and here Paul is very clear:
"the price of the fuse which, initially, might have triggered howls of derision seemed, after the test, to be rather low. Low, that is, considering the improvements in sound quality"
Magazine: Hi-Fi World
Issue: April 2016
Verdict: N/A 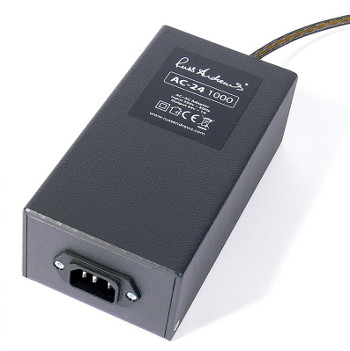 The AC-24 1000 is a superior 24V AC power supply suitable for any piece of equipment rated at 24v AC and whose current demand is up to 1000mA. The input jack size is specified for your own equipment - the version we sent to Paul Rigby was specified for the Rega RP3 turntable.
At the heart of the AC-24 is a precision rack-wound transformer which gives better tolerances and superior stray magnetic field rejection than some high-speed wound types. Regulation is also far superior to off-the-shelf designs - manufacturing time is estimated at four times that of a high-speed wound transformer.

This product is no longer available and has been replaced by the improved Supplier AC PSU - Click here for details.
So what of all this higher specification in practice?

"The sonic improvements affected by this upgraded power supply are not subtle" says Paul. "The reduction in the noise floor applies dramatic enhancements to all frequencies and aspects of the sonics." An impressive all-round improvement then. And he adds: "Treble offers greater reverb, bass more character and upper mids greater transparency".
It's clear that the improvements brought by this improved psu are not small. Big enough to recommend buying one if you are considering the purchase of an RP3? That's a tricky one as you'd need to compare the additional cost against a better turntable. But if you are an existing owner of an RP3 - and that's who this product is really aimed at - Paul is pretty emphatic:

"this upgraded power supply is a no brainer... [it] will seriously enhance your turntable".
Magazine: Hi-Fi World
Issue: April 2016
Verdict: N/A

reviewed by Mark Kilmister08 Mar 2016
"Mr"
Will there be a new brennan power supply. For jb7i and b2.
Customer Service Reply Hi Mark
Both the JB7 and the latest B2 from Brennan are great bits of kit and ripe for a good power supply upgrade! So yes is the answer, we're working on a more powerful version of the PowerPak Pro which will be available soon.
reviewed by Johnathen Ross08 Mar 2016
"Align To North"
These are good, but what hasn't been looked at yet are the advantages from only using power sockets on north-facing walls in the house, coupled with aligning all power cables to a North-South axis, so as to minimise background interference from trans-mondial generation from the Earth's magnetic field. Careful attention to this will improve dynamic range and signal to noise ratio. Also, while keeping end-caps polished to a high sheen with Solvol Autosol, don't forget to clean and polish the inside of the copper fuse-holders in each plug to maintain best contact with the Superfuse. Only this way can you get maximum performance from this often-overlooked ( because hidden) component. Mains supply will never sound cleaner. I recommend a weekly dismantling, inspection and re-polishing, otherwise the benefits will slowly be lost over time.
Customer Service Reply Thank you for your humorous suggestion... we're arranging listening tests as I write this! We do recommend DeoxIT and not Solvol Autosol for cleaning fuses, though; It's what we use on the fuses before we send them out.