Our obsessions with ‘newness’ and a note on Naim. 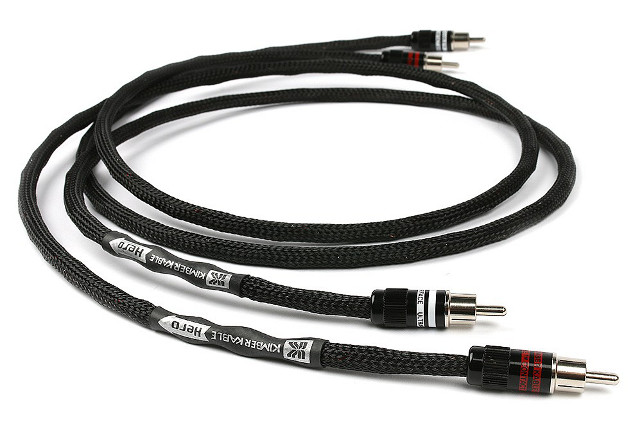 Like ourselves, Kimber is not a company that believes in change for changes sake. A number of the cables in their range have remained unaltered for many years, the reason being that – despite ongoing research - they have never come across any worthwhile changes that improve the performance. ‘If it ain’t broke, don’t fix it’, as the saying goes.

That’s a good thing of course; too many products nowadays seem subject to ‘change’ just so they can be seen as new. We’ve never been into this and neither have Kimber. This does have a downside though, especially when it comes to getting products reviewed that have been around a while. Bucking the trend, Jason Kennedy is very honest in his introduction to his review of these cables when he writes that “hi-fi reviewers are always keen to pontificate about the pros and cons of the latest must-have piece of kit”. “We’re always hungry for novelty” he admits.

This is very true, and also very unfortunate. We are not the only ones to offer solid performing products which have been proven over time, and consumers are put at a disadvantage when only given feedback on ‘new’ products. Jason makes the point well:

“there are many remarkable components and ancillaries that have passed the test of time by staying in production and maintaining a competitive edge against the latest and flashiest entrants to the market. Kimber Kable”, he adds, “has a few models in its portfolio that fall into this category”.

The two under scrutiny here are no exception: 8TC was launched in 1985 whist Hero is a veritable baby at just 20 years old! Starting with the latter, Jason notes that he has

“always found Kimber Kables to be very capable when it comes to timing” adding that “as this quality is so fundamental to genuine high resolution audio, I’ve never met one I didn’t like! Hero-Cu is no different”.

This is precisely what Russ has always said about Kimber Kable and about music in general; it’s the timing that’s so important to giving you that real connection with the musical performance, what we often refer to as musicality. It’s also what sets apart the new MQA codec from other Hi Res formats, but that’s another story…

The effect is obvious and immediate. “As soon as you drop [Hero] into the system the timing comes into focus alongside good image height and reasonable depth”. Playing Chabrier’s ‘España’ from an album of the same name by the National Symphony Orchestra on Mike Valantine’s Chasing The Dragon label, Jason observes that “you can  hear most of the acoustic from Air Studio’s biggest live room and the plucked double basses sound lovely alongside fluid and effortless strings”.

He adds that the performance of the cable is “plenty detailed too, picking out the harp nicely on ‘Carmen’ on the same album, and delivering plenty of weight in the timpani”.

Moving onto the 8TC speaker cable, again he finds that the results are “superbly timed”. “There’s also a muscularity to the sound”, he notes, that suggests that the amplifier is able to exert more grip on the loudspeaker”.

He goes on to say that the cable also works well involve you more in the performance, suggesting that it “draws you into the music well” and says that this is a “great quality for any piece of kit to have even if, as here, the highs aren’t quite as smooth as they could be”.

That lack of smoothness could be due to the fact that, so far, the 8TC has been paired with another suppliers cables. One reason we always recommend upgrading your interconnects before your speaker cables is that the latter will always reflect the character of the former. In this case, it may have been that the character of the interconnect was being highlighted by the 8TC. This point is highlighted when Jason replaces his existing interconnect with the Hero:

“Combine the Hero interconnect with 8TC, however, and it balances out this slight exposure with a calming effect that brings more warmth to the treble without undermining the taut control that 8TC offers”.

Although we never say that you should not use Kimber Kable with other manufacturer’s cables, there are clear advantages to doing so, not least that you are benefitting from the woven design all the way through your system. As Jason puts it, “you can hear why people say you shouldn’t mix and match cable brands when two cables work so well together”.

A myth that Jason busts in his review is the idea that Kimber cables don’t go well with Naim equipment (a myth that a huge number of our customers already know is false!). He says that the woven design of Kimber 8TC “has higher capacitance and lower inductance” than other cable designs and notes that this “is a good thing unless you have a vintage Naim power amplifier (where high inductance is required to keep the amp stable)”. The point is that we are talking vintage Naim here, from the 1970’s and 1980’s.

With more recent components there isn’t an issue, as Jason illustrates by hooking up 8TC to a Naim Uniti Atom. “Here it managed to produce good image depth, really nice focus, and decent amounts of ‘air’ around acoustic instruments”, he reports. More specifically, when listening to Amandine Beyer’s violin on a recording of Bach’s Sonatas and Partitas BWV 1001-1006, he observes that her instrument “really soars and swoops, and is full of texture and subtlety”. As if to drive the point home about the compatibility myth, he states that “despite having a higher capacitance than Naim’s own cable, this pairing seems to work particularly well, the fact that both time so nimbly being a key point in their favour”.

In conclusion, Jason Kennedy reiterates the point that newer is by no means necessarily better, whether in the world of Hi-Fi hardware or cables.

“New companies are always trying to tell the world that they have cracked the secret of the ultimate cable”, he says, “but Kimber has the sense to keep on making what always worked. It ain’t broke after all!”.


PLEASE NOTE: We can only supply Kimber Kable within the UK.