Ray and the engineers at Kimber Kable have been working feverishly for the last couple of years on a new range of cables. At long last the measuring and listening tests are complete and we're delighted that they are launching them in their 40th anniversary year.

The new cables consist of an analogue interconnect and three new speaker cables. The new interconnect sits close to Silver Streak and Hero-HB but outperforms them; the three speaker cables occupy the position between Kimber 12TC and Kimber Select and bring a significant increase in performance at this level too.

A major feature - and a completely new direction for Kimber - is the use of carbon in these cables. The conductors are pure, VariStrand copper over which a carbon infused conductive polymer is pressure applied. The polymer fills the spaces in between the strands, helping to maintain the geometry and increasing the conductivity. The copper conductors and carbon polymer is then insulated in the conventional way with Kimber's Fluorocarbon (Teflon®) insulation.

A feature of Kimber's Axios headphone cables has been the development of a braiding machine which is able to maintain the famous weave at the point at which the braid splits into two, and this design has been carried over to the new carbon cables. Instead of simply twisting the wires together for the positive and negative halves of the speaker cables, the braid is maintained at the breakout. The interconnect consists of a single wire carrying both left and right channels which similarly branches out to both channels with no break at the junction and preservation of the braid.

Find out what Ray Kimber has to say about the new cables here.

Kimber's new analogue interconnect sits close to Hero-HB in terms of price but is a significant step-up in performance. It uses eight, VariStrand copper conductors which are held in place with a carbon infused polymer and insulated with Teflon®. 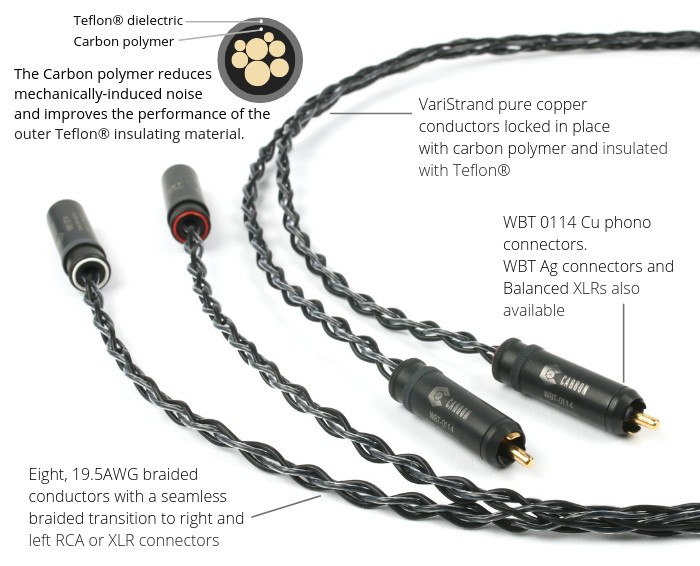 The interconnect consists of a single run of cable but uses Kimber's special technique of separating the channels at each end of the cable, maintaining the weave. Carbon i 8-wire is suitable for connecting CD players, phono-stages and streamers to preamps and integrated amplifiers, and from preamps to power amps.

Kimber's use of carbon-infused conductors extends to their speaker cables and there are three new 'Carbon Cables' in the range. The first two are Kimber's Carbon 8 and Carbon 16. Carbon 8 has a total of eight conductors using the same VariStrand copper - carbon-infused polymer - Teflon® insulation construction as the interconnect. Carbon 16, as you might expect, has twice as many with 16 braided conductors. 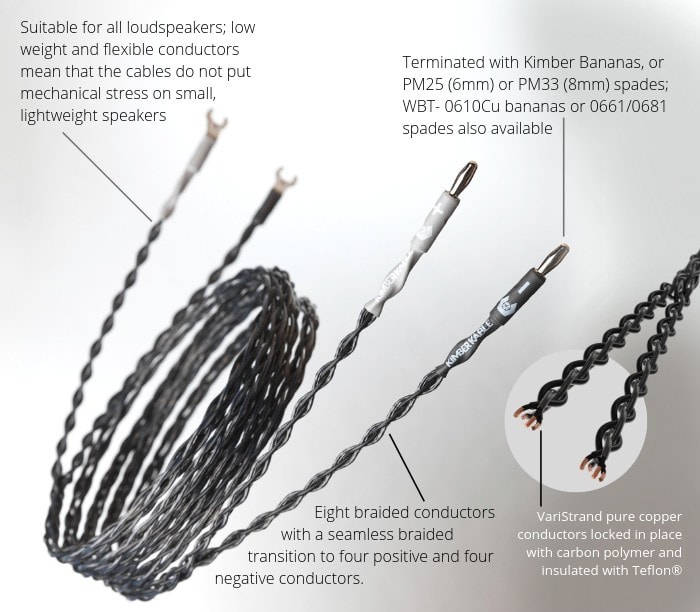 Both cables feature the ingenious technique of seamlessly separating the braid at the point it splits into the positive and negative halves of the signal, maintaining the weave. 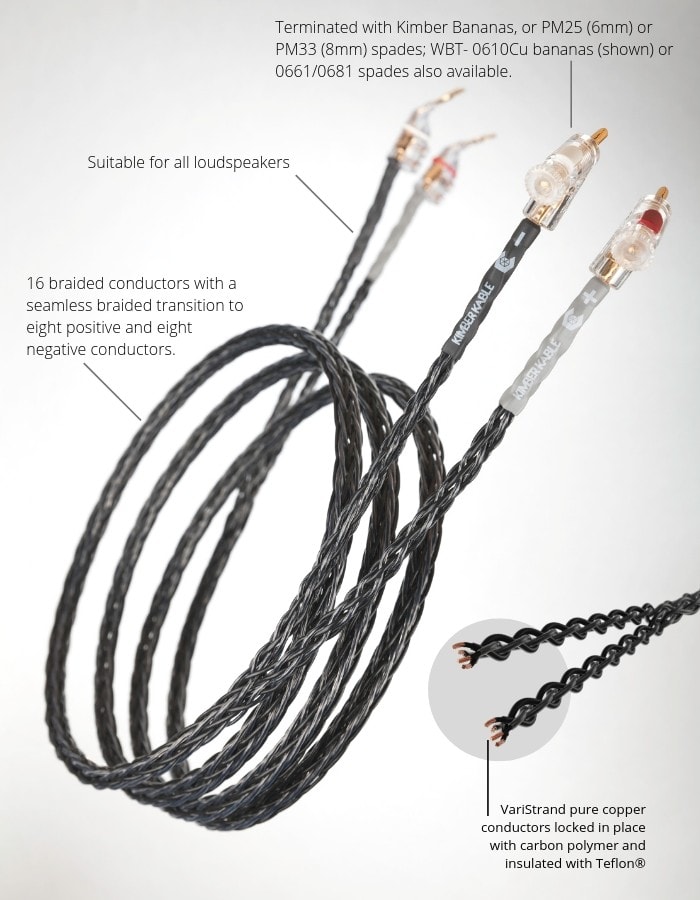 The top of the Carbon range of cables is the new 18XL. Carbon 18XL uses 16 of the copper - carbon-polymer - Teflon® conductors, braided around an inner microwave-cured neoprene core which, as with the Monocle and Select speaker cables, serves to spread the weave and damp vibration. The Carbon 18XL incorporates two additional, non twisted straight-run copper conductors which run in parallel through the core to minimise DC resistance. 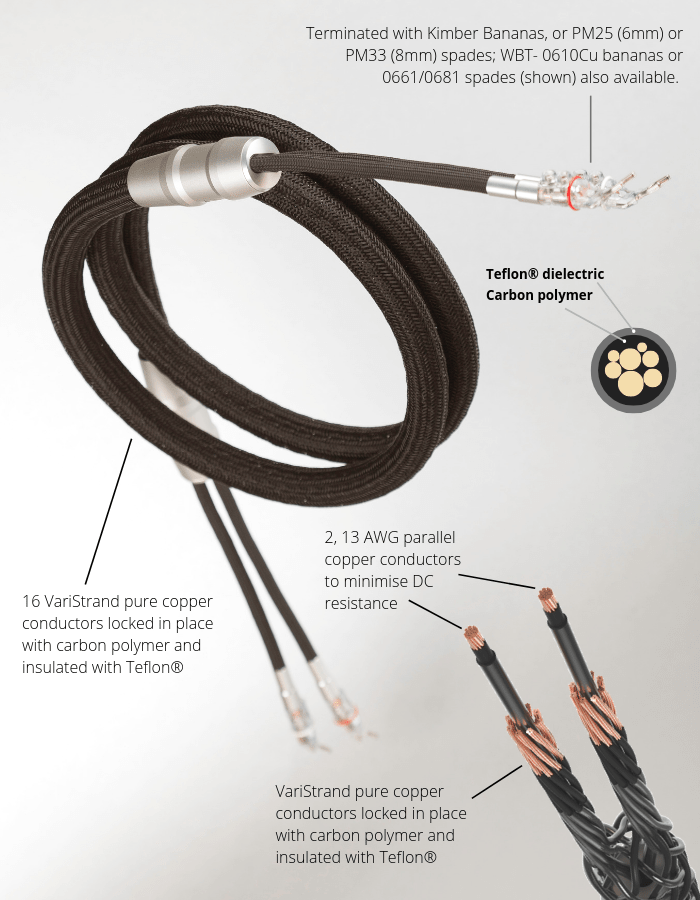 The Carbon-18XL is finished with a carbon-doped outer sleeving which serves to reduce static build up and protect the cable. 18XL is terminated with WBT bananas or spades.