Lurking behind the door of a beautifully restored Victorian terrace house in south London lies a hi-fi system that proves Andrew is right in his observation. A labour of love for over six years, the system has evolved into its current (final?) form that so entertained and excited us during our recent visit. 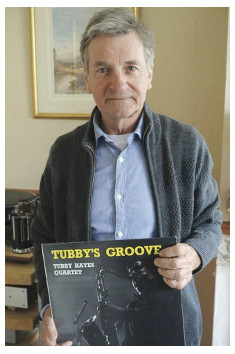 Like so many vinyl enthusiasts his system started life with a Linn LP12, the ubiquitous turntable that was, and still is, at the heart of so many systems. While not wanting to knock the LP12, for it is a superb turntable, Andrew was seeking something more from his records and searched around for the turntable that would deliver what he was looking for. A recurring theme of our conversation was the need to 'get as close to the groove' as possible, not in a rhythmical way (well actually maybe in a rhythmical way as well), but in a physical way. The essence of the music is contained within the grooves and so, for maximum enjoyment, logic dictates that extracting the information as accurately as possible from the grooves will give more of the music. He settled on the flagship model from Avid, the Acutus Reference SP, which is not the first time we have come across avid (excuse the pun) jazz fans who swear by this turntable.

Numerous tonearms and cartridges later and the system was completed with a SME V and Dynavector Te Kaitora Rua and, we have to say, what a splendid combination it is. 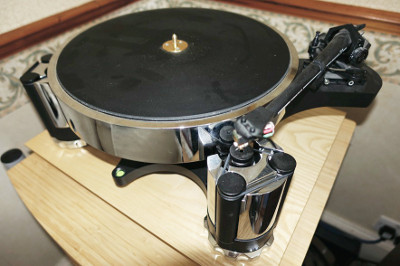 But before we go any further into the philosophy behind the hi-fi and delve into the music, let's wind the clock back a few years.

In 1968, Abbey Road Studios hosted a session by a young band called "Stuff". Playing Bass in that band was the late David Wernham, a name probably familiar to some of you. David managed "The Tourists", Dave Stewart's first band and discovered a young Annie Lennox, who was working as a waitress in Scotland. The rest, as they say, is musical history. Playing guitar alongside David Wernham was Andrew and we were treated to a playback of the 7" single they cut in that most famous of studios. Sounding not unlike Cream, with a bit of early Black Sabbath thrown in, there was some mighty fine guitar-playing going on. The hours spent listening to Clapton on a Dansette record player in the bedroom, guitar in hand, paid off! The big time beckoned, with a residency at the famous Star-Club in Hamburg on offer. A rock 'n' roll lifestyle or a 'proper' job? The job won out and Andrew took up his life as a career civil servant, spending his free time exploring music. 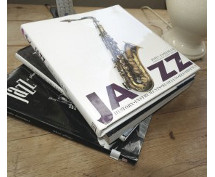 Jazz didn't feature in his early listening, which majored on bands like King Crimson, but slowly arrived as tastes changed during Andrew's musical journey. Early retirement permitted more time to be spent listening and it was time to invest in his first 'serious' hi-fi system. A trip to Lewisham dealer, Billy Vee Sound Systems, resulted in the purchase of an all Linn system - CD player, pre-amp and power amp, plus the Linn Akurate 242 loudspeakers. Like many people, Andrew went down the CD route at that time, after all "Why go back to vinyl when it's so scratchy?" He did see the light eventually and purchased the LP12.

Several iterations later, the system now comprises the Avid set up, plus World Audio Designs valve pre-amp, phono amp and power supply in place of the Linn solid state pre-amp. The Linn power amp and speakers are still present, as is an Akurate DS streamer in place of the CD player (used for background music and other component burn-in rather than serious listening). 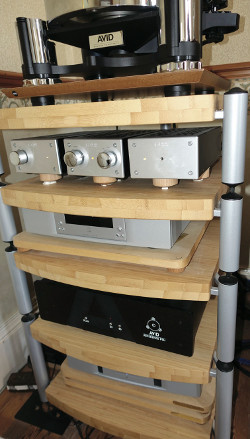 Getting close to the groove, as we've mentioned before, is crucial according to Andrew, if you are to reproduce the music as it was recorded. And it is for that reason that the World Audio Designs equipment arrived - it uses the same valves, in fact genuine new 'old' stock of the Berlin made Telefunken valves, used in the recording studios of the 50s and 60s, Andrew's favourite era of jazz recordings. The introduction of the valve equipment created an openness and delicacy that hadn't been apparent before. Andrew comments that, "Using a fully analogue system, from end to end, allows the ambient sounds of the studio, the microphones and other valve equipment used during the recordings to shine through."

The Russ Andrews path to enlightenment.

Hi-fi is a means to an end for Andrew. It is definitely about the music and not the equipment and his loyalty lies with products that deliver, not specific brands. Fortunately for us and for Andrews' enjoyment of music, Russ Andrews products are most definitely delivering the music he loves! The very first product introduced was a result of dissatisfaction with the performance of the digital streamer. "What do I have to do to make it sound better?" was the plea sent out to his friend, who suggested, "Change those cheap wires." 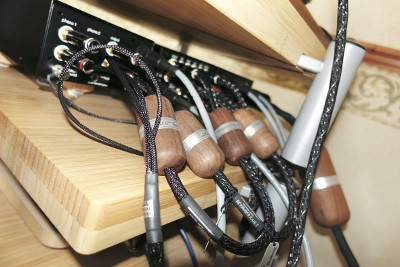 A PowerBlock and mains cable were the first Russ Andrews products introduced, together with a Tonik interconnect. "The music just sprang to life, the veil was lifted", exclaimed Andrew. The more RA products added, the better the results and soon the system was being powered via SuperKords and the speakers wired up with Crystal-24 (now replaced by 12TC) in a bi-amped configuration.
Confidence in the 60 day money back guarantee, likened by Andrew to the ability to get money back from Majestic Wine for bottles you haven't enjoyed, provided the chance to replace interconnects with Kimber Select from the cartridge to phono stage and pre-amp. 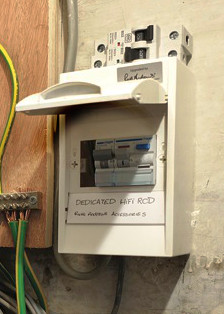 Asked what the biggest improvement made has been, without hesitation the reply was, "The introduction of a dedicated mains spur, with its own Russ Andrews consumer unit and serious earthing." The second biggest improvement has been a balanced mains unit and, following Russ' philosophy, the power supply side of things has received a lot of attention. Three wall mounted mains sockets feed nothing but power conditioners - a Platinum Ultra Purifier and two Clarity 8s. The BMU1000 and PowerBlock are connected to a fourth wall socket and SuperKords abound! A recent revelation was the addition of Russ Andrews SuperFuses, replacing some very high end Japanese ones, which in comparison "Wrecked everything", and most recently, the PowerKord feeding the Avid Acutus TT Reference  PSU has been upgraded to SuperKord status - "Zac has worked his magic on it!"

Summing up his love for music and the reasons for upgrading his system the way he has, Andrew says, "The purpose is to listen to music and to stretch you into music you don't like. The system and all the Russ Andrews accessories are there to give you this experience."

And on the continuing use of Russ Andrews products to enhance the experience? "My pension is now paid direct to Russ Andrews - though he does allow me to keep a little back for essentials; like food!"

reviewed by Duncan Eĺlison22 May 2020
"Mr."
Why not publish a full list of your for sale range of second hand products as a regular feature of your excellent and informative emails ? It would be very helpful
Customer Service Reply Hi Duncan.
We do occasionally email such a list. Time is the issue really: if we have plenty items to list, it's worthwhile but quite time-consuming; on the other hand, if there are only a few products, it's quicker but is it worth it? I will look at doing it more often though as I think you are right about the value. Simon.