Following on from his interconnect reviews in the previous blog post, we asked Jason Kennedy to give his thoughts on four of Kimber’s speaker cables – from the cable that started it all (Kimber 4PR) through to 8TC and Monocle-XL and all the way up to the range-topping Kimber Select KS-6068.

Ray Kimber started making speaker cable in 1979. In the business of fitting light and sound systems to nightclubs, he needed to find a way of eliminating noise created by cables for these two applications being bundled together. Ray figured out that weaving conductors together had the effect of rejecting noise being radiated by nearby sources; ever since then all Kimber cables have been built this way.

The other factor that separates Kimber’s cables from the majority of alternative cable topologies is that they reduce inductance. Inductance is a very similar quality to resistance, and the lower it is the greater control the amplifier has over the loudspeaker and cable load.

You would think that other cable makers would have cottoned on to this, but the problem is that it cannot be achieved with the type of mass-produced cable that forms the basis of nearly all audio cable. Kimber’s opposed helix braided technology requires techniques more akin to rope making which are not commercially required elsewhere: Kimber Kable has noise beating and amplifier-aiding qualities that set it apart from the field.

The original Kimber Kable was 4PR speaker cable and it remains the entry-level model in the range; it has eight conductors per channel and each of those contains six high purity copper strands. 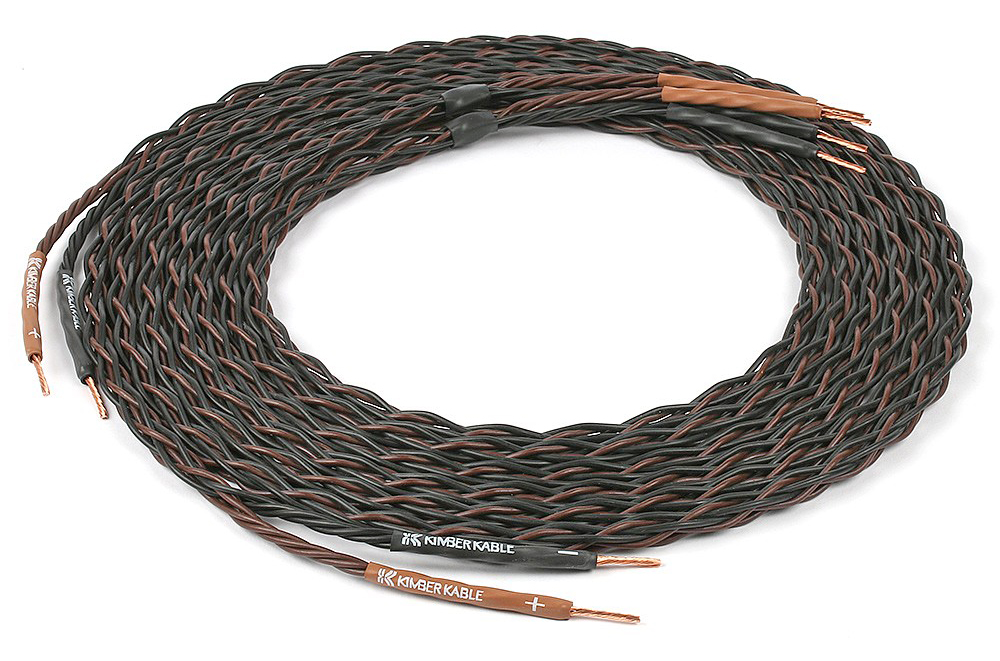 The dielectric or insulation material is polyethylene and the strands are woven in a counter-opposed helix to form an overall diameter of just over a centimetre.

It can be supplied with spade or banana plug terminations or stripped for a bare wire connection. I listened to the banana plug option.

In the system, 4PR is an even-handed cable that gives good levels of detail for its price point. It shares a good sense of timing with the rest of the Kimber range and delivers tight, snappy rhythm lines as a result. It also delivers well-rounded imaging in the context of an open soundstage.

4PR has all of the positive characteristics found in Kimber Kable; the music it reproduces is as open, fast, clean and tight as the recording allows - which, if that recording is of the Grateful Dead at their peak - is ‘very’.


Kimber 8TC™ speaker cable.
While Kimber 8TC is from the same family as 4PR, it is in fact a rather more sophisticated incarnation of that design; as the number in the name indicates there are 8 conductors for each positive and negative signal, making a total of 16 for each channel. It uses higher purity copper than 4PR and there are different strand gauges in each conductor. Kimber calls this design VariStrand: the idea being that different frequencies travel more effectively in different gauges of conductor.

8TC has an appealingly open, fresh and polished character or, to put it more accurately, it lets these aspects of the recording shine through, and doesn’t add them to everything. If there is some life and vibrancy in the music you will hear it alongside some appealingly weighty bass.

It digs deep into the low level signals revealing fine detail that other cables can’t get to and as a result produces an involving and highly enjoyable result regardless of material. I found Joni Mitchell’s live take of Circle Game (Miles of Aisles) particularly engaging thanks to the atmosphere in the performance; I also discovered that it does strings rather well by producing clean highs with depth and body.


Kimber Monocle XL™ speaker cable.
With Kimber Monocle-XL you are getting into ‘hawser-grade’ cable territory. The reason for the scale and size of the cable is that the 24 conductors are woven in an opposed helix around a damping core that kills vibrations and reduces the cable’s ability to pick up noise. It seems odd to talk about signal to noise ratio in a passive element like a cable but this is one of the reasons for Kimber Kable’s success. 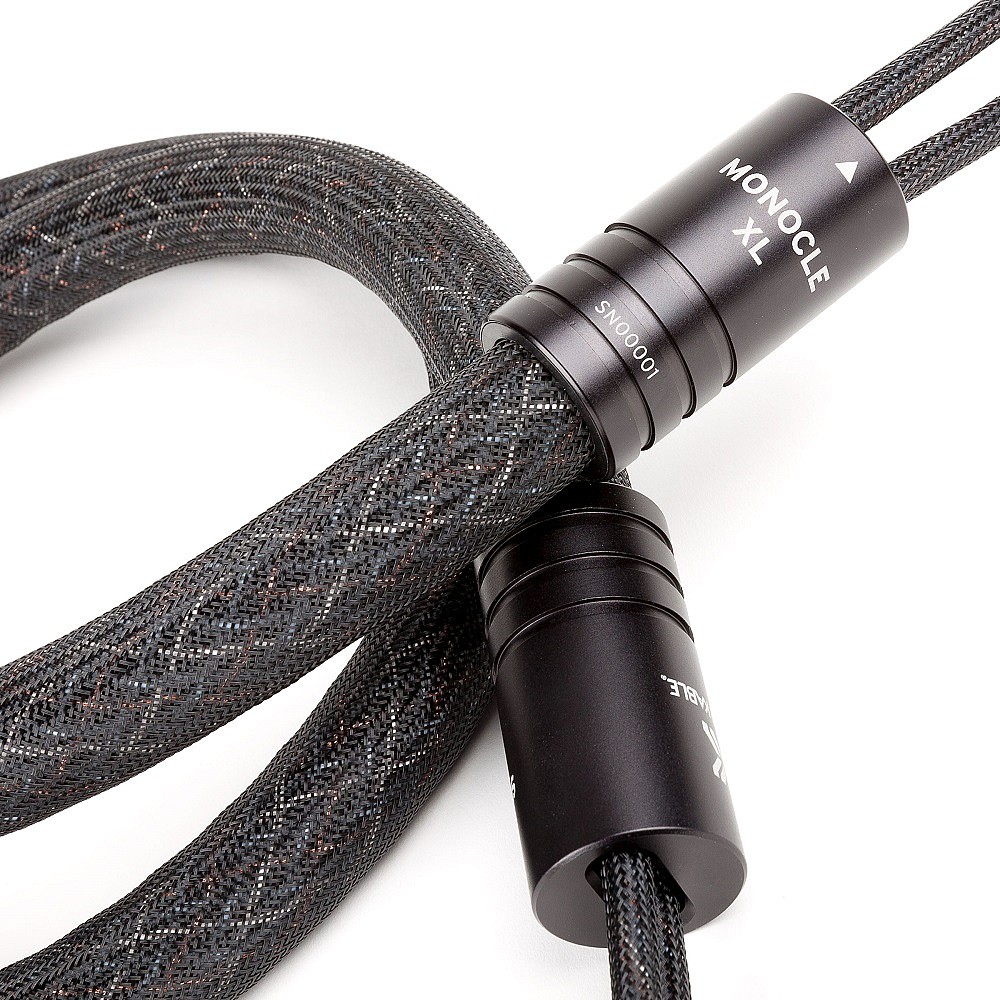 Monocle XL is the base model in a three-strong range that includes bi-wire (BiFocal) and tri-wire (TriFocal) options, which saves you having to double or treble up the quantity of cable and reduce cost if you want multiple connections.

In the system this cable manages to deliver superb high frequency resolution without any glare or grain and it is very revealing and open. It also has a beautiful sense of timing, a Mozart orchestral piece sounding extremely lyrical and fluent in its hands.

I love the depth it brings to voices: when Joni Mitchell sings The Man I Love with Herbie Hancock, there is a vitality and a duskiness to her voice that is enchanting thanks to the power that this cable has with melody. This comes down to revealing the nuances of the performance and presenting them in a coherent fashion.

Detail alone is not enough – it has to be in the right order and at the right level and this does a better job than most. It’s also very solid in the bass: kick drums and bass guitars are both fullbodied and powerful when they need to be, and if the timing is as good as this it provides a real drive to any piece of music.

This is made more obvious with more complex material, in this instance the Grateful Dead again with Cumberland Blues from their Europe ’72 album, which can seem like a pretty chaotic performance when served up by many cables. Here you can sit back and appreciate what fabulous musicians they were because the bass, piano, drums, guitars and voice are playing together in perfect sync. 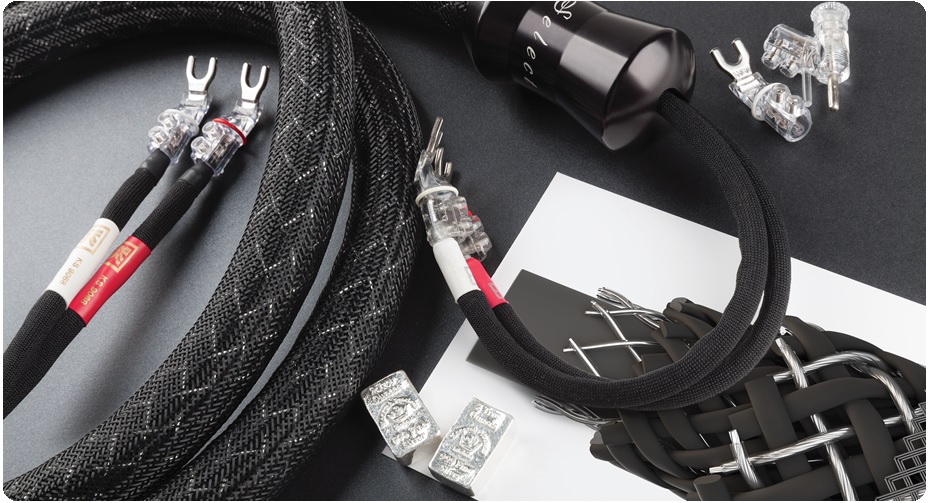 The pictures of the internal construction of the cable show its quite remarkable construction, with 12 solid core silver conductors around the damping compound, surrounded by a stabilising yarn which has larger gauge VariStrand silver conductors woven into it. No wonder it’s terminated in such substantial aluminium collars and is supplied in a robust flight case. It all seems a bit over the top until you plug it in, when it becomes clear that this is an extraordinary cable.

It does resolution like you wouldn’t believe the system is capable of; there is almost a halo of reverb and low-level detail around every note that other cables don’t even hint at. It’s incredibly revealing of image depth and scale, of bandwidth, and has a naturalness of balance that seems entirely devoid of character. And that isn’t even the best bit.

What really blew my socks off is the timing, which is off-the-scale incredible. I really didn’t know that my amplifier in particular could time this well… it’s so good that you have no option but to pick up the air guitar or the conducting baton and jump around.

Once I had calmed down a little, it became clear that this is achieved by dropping the noise floor which elevates the musical detail, and, thanks to the Kimber design, allows it to arrive in full effect exactly when it should.

If you want to know just how good your system can be – look no further. ’