Upgrades to a Linn System 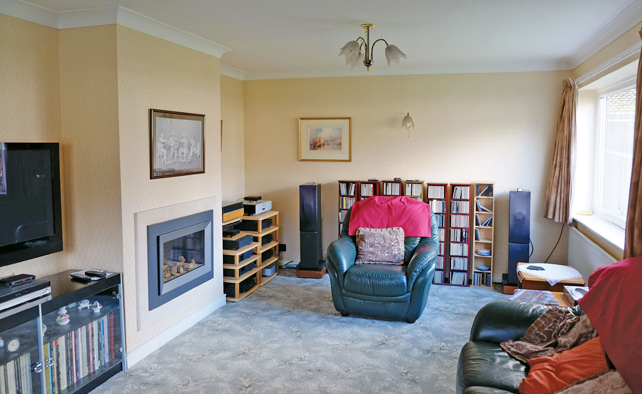 We were encouraged to have a listen because, as well as using Russ Andrews and Kimber’s cables and accessories extensively, its owner has taken advantage of our equipment upgrade service and had almost all of the components themselves upgraded by us.

Malcolm - its owner - is a fairly regular visitor to our shop in Kendal and we’ve seen a fair bit of him over the last couple of years as he has brought various items of his set-up in for us to upgrade. December last year saw three of us – myself, Simon armed with camera, and our in-house upgrade wizard Zac, who did the work on the components – travelling to his house to have a listen.

We arrived at Malcom’s house late morning. His listening room is a good size, probably about 7.5m (25ft) by 3.5m (12ft) and his speakers are at one end which allows him to sit well back from them. For the purposes of our visit he moved the sofa from its usual position at the side of the room into the listening position which allowed the three of us to sit and have a listen. 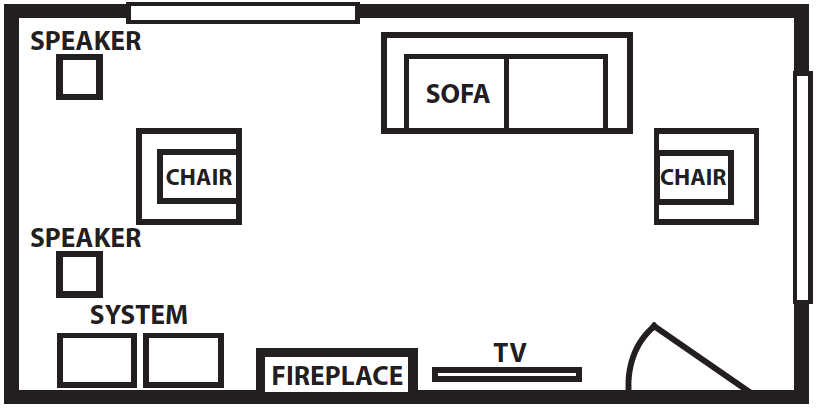 The layout of Malcolm's system

The Linn Factor - with a touch of Leema

The set-up is almost entirely Linn, and can play both vinyl and CD. LP duties are carried out by a Linn LP12 turntable, with CD being catered for by a Leema Acoustics Antila CD player. Malcolm wasted no time in describing the kit to us. “The LP12 is quite high spec. I’ve had it since 1978 and have had various Linn upgrades over the years. I think everything has been changed except the platter: it now has the Keel subplatter, the Ekos tone arm and Kandid cartridge. I’ve even fitted the Tiger’s Paw Khan top-plate which is a non-Linn modification and not part of any Linn specification!”

The LP12 is partnered with the Lingo power supply and connects to the system via the Linn Linto phono stage. 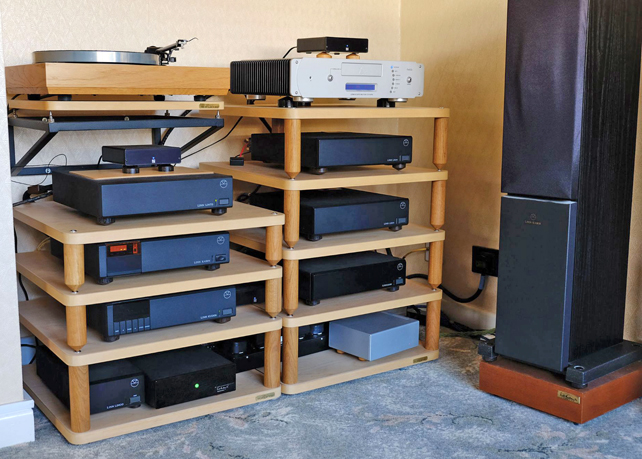 The CD player is the only non-Linn item of hardware, being the Antila model from Leema Acoustics. The Leema was bought from his son who no longer used it as he had moved over to streaming - it replaced a Linn CD player in Malcom’s system.

The only other source is the Linn Kudos tuner. All three sources connect to a Linn Kairn preamp which in turn connects to three Linn LK100 stereo power amps, used in an active configuration. “I started with a single power amp then, later, I added a second and biamped” explained Malcolm. “When I added the third, my dealer did the modifications to all three power amps to go active”. The speakers are Linn’s Kaber floorstanders, in their ‘Aktiv’ configuration, and finally Townshend Supertweeters sit on top of the speakers. 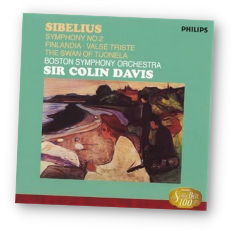 We were keen to have a listen and we were treated to a variety of music, on both LP and CD. Malcolm listens mostly to classical music, and he particularly enjoys chamber music, but first up was Sibelius’s 2nd Symphony with Colin Davis conducting the Boston Symphony Orchestra on CD. We listened to the first movement and were struck by the realistic scale. Malcolm never feels the need to play the system loud, and everything was finely balanced with a real sense of the performance: “I want to recreate the sound of sitting at the front of the balcony at the Liverpool Philharmonic Hall” he told us. 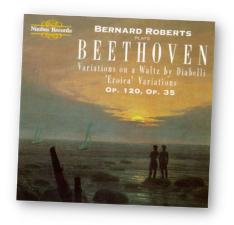 The LP12 was next pressed into service and played an LP of Beethoven’s Diabelli Variations, performed on piano by Bernard Roberts. This sounded incredibly ‘live’ and ‘immediate’ as if the piano was just in front of us. He followed it with a different recording of the same piece of music on CD, played by Alfred Brendel: the LP easily beat the CD in terms of sound quality, but it was an unfair comparison, Malcom admitted: “the Bernard Roberts recording is a direct-to-disc LP – which is why it sounds so very good”.

The truth is that the CD player is pretty close, performance wise, to the LP12 - especially since the RA upgrade to the player - and Malcolm further demonstrated this by playing a 2009 recording of the Jerusalem Quartet performing Haydn’s String Quartet Op. 33 no. 3 (The Bird) on CD. He followed this with a performance of The Bird on vinyl, this time played by the Aeolian Quartet in a recording from 1976. 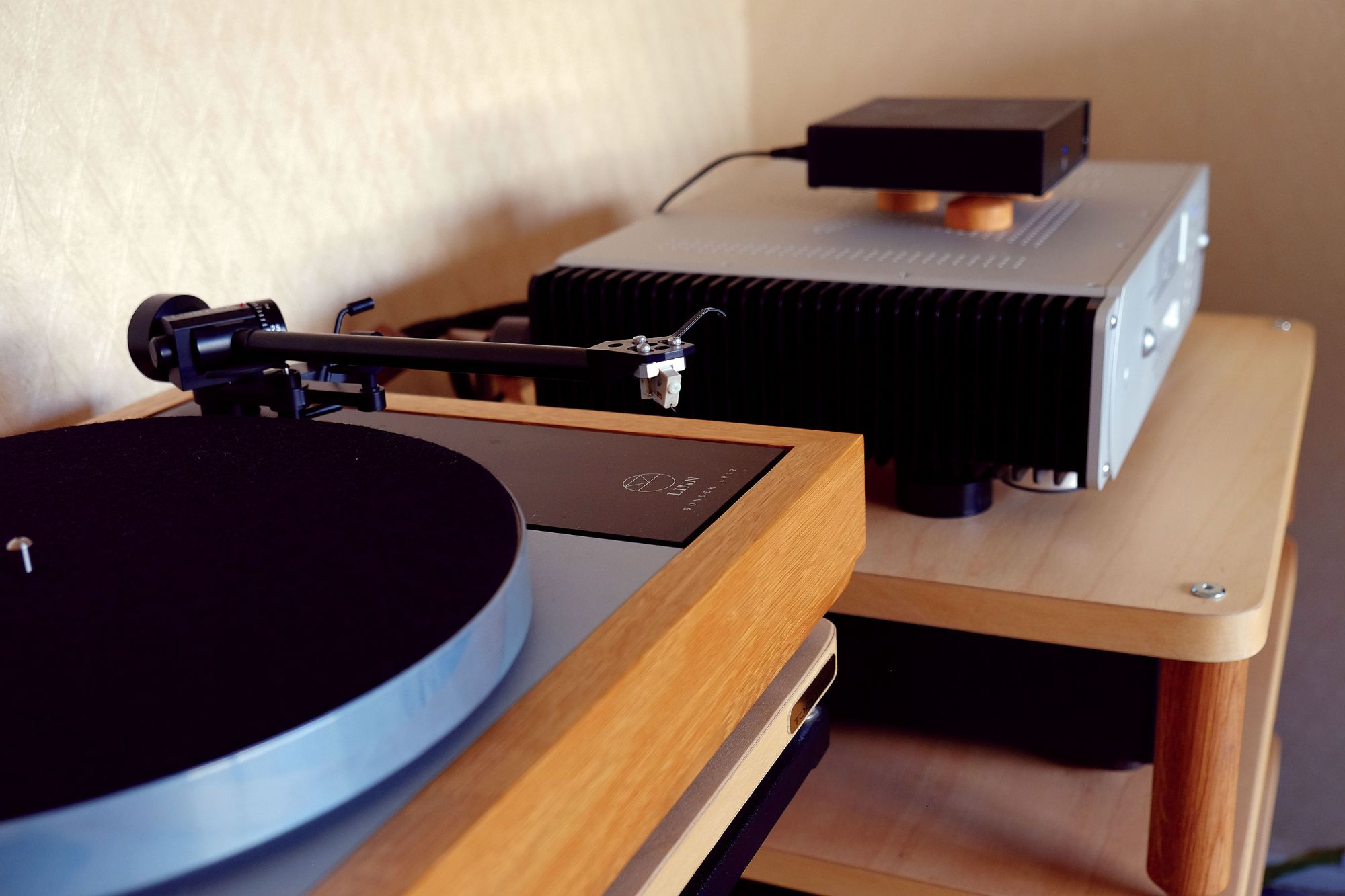 The point Malcolm was making was that although there are some differences between CD and vinyl, the difference between recordings can be greater than that between the CD and LP playback systems. Yes, we thought the turntable did sound slightly better; it had more finer detail and more sense of the air and space around the musicians, but as Malcom said “whilst LP is better, they are reasonably close and both (to me!) are enjoyable.”

Malcolm reflected on the performance of the components. “None of these components can be bought new now – they’ve all been replaced. But this really doesn’t matter though when they sound as good as they do. Your upgrades have brought new life to the kit”.

Malcolm has paid great attention to his infrastructure, and first heard about Russ in the 1980s when Russ first launched the SuperClamp. Malcolm still uses the original High Current PowerKords [equivalent in the range to the Evolution-300 PowerKord today] bought in the 1990s, though these have had the benefit of the better Wattgate IEC Connectors fitted, and they have also been treated with our Super Burn In process [now superceded by Process Q]. 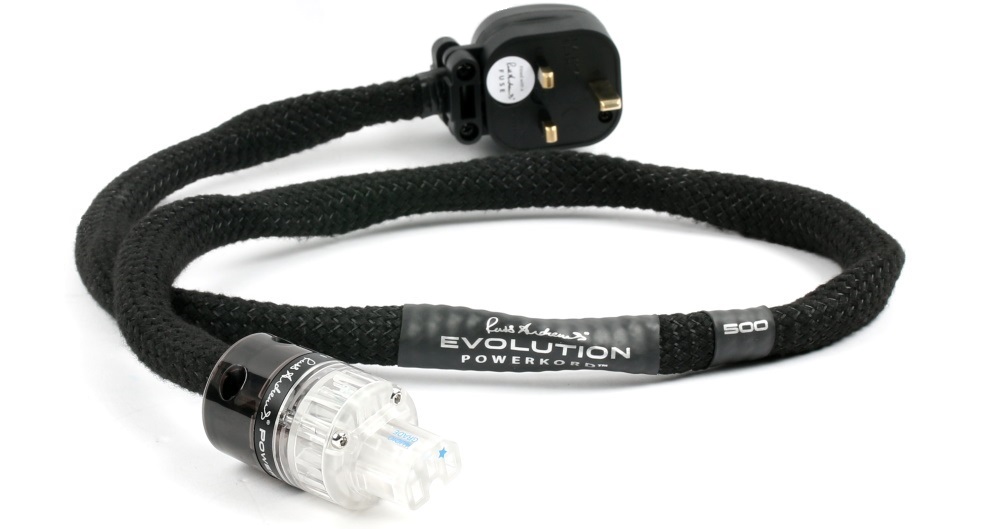 The latest version of the PowerKord; the Evolution-500

PowerKord-500s [Evolution-500 PowerKord equivalent] are used on the power amps and the preamp. One of our SilencerBlocks [the forerunner to the X Blocks] feeds the system, and a 1990s-vintage Russ Andrews Distribution PowerBlock [the forerunner to the Signature PowerBlock] is daisychained off this, primarily to provide power to the various mains cleaning devices Malcolm has installed. These are one of our original Purifiers and the Ultra Purifier Platinum [Power Purifier], along with an AbZorber, a MegaClamp Ultra, Mains Zapperator and a Quantum Electroclear [the forerunner to the ClarityMains].

Kimber’s Select KS-1011 [KS-1016] all-copper analogue interconnect is used between the CD player and preamp. A Kimber TAK-Cu tone arm cable connects the LP12 to the phono stage, and a second KS-1011 connects the phono stage to the preamp. Crystal-Cu [the forerunner to the Hero-Cu interconnects] are used everywhere else. 8TC speaker cable is used to connect the bass power amp to the speakers, with 4TC used for the mid and treble amps. Speaker Zapperators are used on both ends of the speaker cables. A Russ Andrews Supertweeter Jumper Cable connects the Townshend Supertweeters to the speakers.

Pretty much everything is supported on our wooden Cone Feet, including the mains filters and Quantum Symphonies, and two of our Torlyte Racks, sitting side-by-side, provide support for all of the components. A Torlyte Platform is used between the LP12 and the wallmounted bracket (“which was an important enhancer of the sound of the LP12”, Malcolm explained).

Finally, the caseworks are connected to two earth spikes in the ground, via our RF Router, which gave a “big upgrade” , Malcolm assured us.

The components are to the left of the speakers, at the side of the room rather than being between the speakers: “the system is in my living space so it needs to fit around us” he conceded; it sits neatly by the side of a chimney breast.

Once Malcolm had upgraded his system’s mains, and its cabling and supports, he turned his attention to the components themselves. Taking advantage of ourequipment upgrade service, he started with the preamp, which allowed him to assess how much extra performance could be released from his equipment.

The CD player soon followed the preamp, then the Linto phono stage and finally the three LK100 power amps, which were all done together. Malcolm tackled the speakers himself, rewiring them internally with Kimber 4TC and 8TC speaker cable.

We spent plenty more time listening to a mix of CD and vinyl, including some music we’d brought along ourselves – the system got chance to play a range of music from AC/DC to Henry Mancini. It was clear to us that this was a well put-together Hi-Fi with a lot of care and attention placed on every aspect of it – from the choice of equipment to which cable and filter had been fitted. I asked what he thought made the biggest upgrade – whether equipment, support or cabling. “The move to the Keel subchassis on the LP12 turntable was enormous, and the AbZorber surprised me – I wasn’t expecting its effect to be so significant. Everything has helped in one way or another, but the biggest improvement, by far, was the equipment upgrades that Zac has done to the system components, and particularly the power amps!”


About our Equipment Upgrade Service Almost any Hi-Fi product can be upgraded to higher performance using our techniques and components. The upgrade itself might be as simple as fitting an IEC socket on the back to allow you to easily use a better mains cable, or a full upgrade where we replace internal wiring with better quality Kimber Kable and replacing many components in the signal path and power supplies with higher performing ones. Or you might opt for somewhere in-between, where we can suggest just the key components to upgrade to give you the most ‘sound-per-pound’. Taking a well-designed product and replacing the most important parts with the best ones is an easy and relatively inexpensive way to get real improvements… the real skill comes from knowing which parts to replace with which components. Your Hi-Fi system has been built up over many years, a personal selection of equipment providing a well-loved sound. The good thing about equipment upgrading is that the characteristic sound remains; you simply get much more musicality. See more about the service on here.